Juliana was born and raised in Brazil. She was always passionate about martial arts, she began training Brazilian Jiu Jitsu in Brazil in 2013. Juliana moved to United States in 2014 and joined Team Renzo Gracie, while working as a child care taker and sewing teacher. She combined her creative and educational background into coaching Kids Brazilian Jiu Jitsu since 2015 at Renzo Gracie Northern Valley under the guidance of professor Carl Massaro. Her commitment to student service helps everyone regardless of age or stage, to build long-lasting positive relationships in the academy.

Juliana holds the rank of purple belt and practices martial art on a daily basis perfecting her skills and learning with her husband Daniel D’Elia.

Technical Jiu-Jitsu Purple Belt, Coach Julian has 8 years of experience to share with your kids. 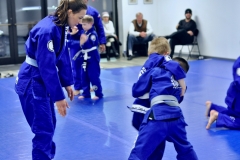 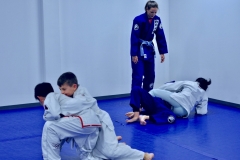 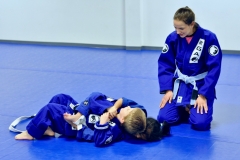 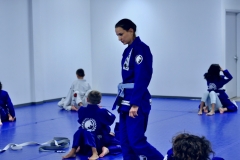 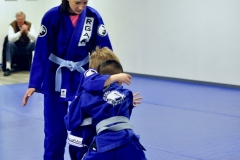 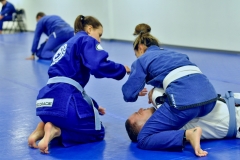 You need to start somewhere. Simply reach out to us today and come on down.